There is an urgent need to legislate facial recognition technologies to avoid giving life to the dystopian scenarios of 1984 or Minority Report. This is essentially the message Friday presented onFriday by Microsoft President and Chief Legal Officer Bradford L. Smith.

Ethical questions about facial recognition are not being answered as quickly as this technology is spreading, according to the president of Microsoft. This opens the door to all kinds of potential abuses, from both private companies and governments.

“Imagine a government that can trace all your steps in the last month without your consent and without your knowledge,” says Bradford L. Smith. Imagine a database of people who participated in a political meeting. Imagine that shopping mall stores pass on information about the products you watch and the items you buy without asking. […] It’s about to become possible. ”

Despite these disaster scenarios, facial recognition still has the potential to have a positive influence on society. The president of Microsoft mentions for example the identification of a wanted terrorist in a public place.

However, the technology is not yet mature and it still has significant problems. For example, white men are more easily recognized than women and people from other cultural communities. Moreover, even without these programming deficiencies, there is a margin of error in the results obtained, according to Smith.

For Microsoft, the only way to ensure that this technology is used for the common good and in respect of the rights and freedoms of citizens is to ask the government to legislate on the basis of a bipartisan commission and experts.

Microsoft recognizes that this position is out of step with that usually taken by companies in the field of technology and the web. They generally oppose it on the grounds that it would slow down innovation.

However, more and more voices are rising to demand changes. Last April, Facebook CEO Mark Zuckerberg said it was inevitable that more regulation measures would be put in place to regulate social networks. A few weeks earlier, Apple’s chief executive officer made a similar statement, calling on authorities to further regulate privacy issues on the web.

“There are several markets in which such rules contribute to a healthier dynamic for both consumers and producers,” says Bradford L. Smith.

He cites as an example the automobile industry, which for a long time opposed the mandatory presence of seat belts and airbags in cars, but is now using these advances to tout the merits of vehicles. “The same can be said for aviation safety and edible and pharmaceutical products,” says Smith.

“There will always be debates about the details, and the details are important. Nevertheless, a world with firm rules on products that are useful but potentially harmful is better than a world without legal standards, “said the head of Microsoft.

Anna Clarke is the owner of online writing company 15 Writers. She is a successful entrepreneur with over 20 years’ experience in both freelancing and academic writing industries, specialising in Business, Economics, Finance, Marketing and Management. 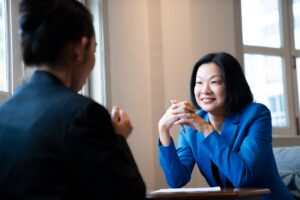 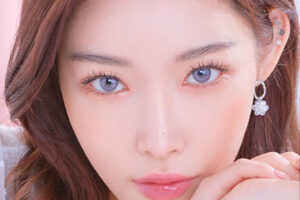 ANZ and Google will partner for cloud data analysis 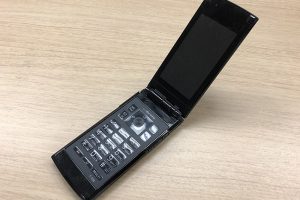 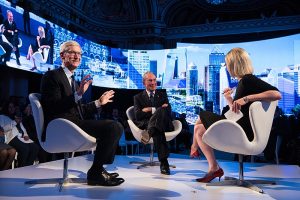